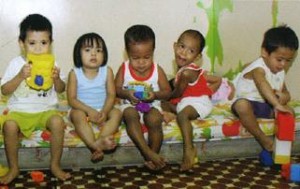 3. Both prospective adoptive parents must have at least a high school diploma.

4. The applicants must be legally married for at least three (3) years and have no more than two divorces per couple.

5. The family should be actively practicing some form of religion to which they will expose their child.

7. Prospective Adoptive Parents who are 50 years old or over will qualify only for the Special Home Finding roster.

8. Effective November 1, 2009, ICAB will no longer accept adoptive applicants for the Philippine program who have the issues described below.