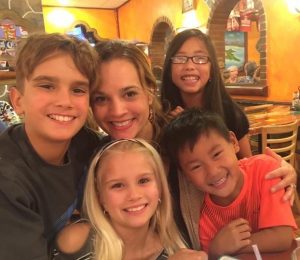 Diana Bramble has been working at Madison Adoption Associates since 2002.  She grew up surrounded by adoption, as she has two adopted brothers from Colombia.  After adopting her brothers, Diana’s mother, Aleda, dedicated her life to adoption and founded Madison Adoption Associates.  From a very young age, Diana was touched by adoption, and that passion only grew as she got older.  Diana has dedicated her life and career to helping children find permanency through adoption.

Diana serves as the Executive Director of Operations.  In this role, Diana is responsible for the organization’s consistent achievement of its mission and financial objectives. She is responsible for implementation of policies set by the Board of Directors as well as annual goals and objectives, and financial, program, and administrative management of the corporation.

Because she loves the direct interaction with children and families, Diana also dabbles in advocacy, recruitment, case work, and providing counseling services to families in crisis.  Diana is integral in the daily operations of Madison Adoption Associates, as well as in cultivating the vision for the future of the agency.

Diana was instrumental in procuring MAA’s Hague accreditation in 2007, and she continues to oversee the numerous, complex processes associated with maintaining and renewing MAA’s Hague accreditation.  In addition, due to her unwavering dedication to children in need, MAA earned the ranking of #2 agency in the world by China’s Centre for Children’s Welfare and Adoption.    And because of Diana’s tireless work and networking throughout numerous countries, MAA proudly operates adoption and humanitarian programs in the United States, China, Colombia, Bulgaria, Dominican Republic, Philippines, and beyond.  Under her leadership, the agency is now expanding into foster care and post-permanency support services as well.